As with many areas of law and regulation in the UK, the current intellectual property regime is heavily regulated by European legislation. Brexit will have a significant impact on this area over the coming years and some changes will be significant. Businesses will need to take steps to ensure protection of their intellectual property rights, particularly in those areas most affected by the UK’s withdrawal from the EU.

It will be important for business to be aware of these changes and to be able to identify the areas where steps will need to be taken to ensure ongoing protection of their IP. 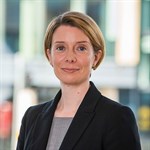 Once the UK ceases to be part of the EU, the EU trade mark will continue to cover the remaining EU member states. UK individuals and businesses will still be able to submit applications to register EU trade marks.

Similarly, UK businesses will maintain their current access to the Madrid system for registration of trade marks which enables businesses to submit one application through a central filing office to register a trade mark in over 100 countries.

Trade marks registered only in the UK will also remain unaffected by Brexit.

However, careful consideration should be given to existing EU trademarks which have been registered by British businesses operating or trading in both the UK and the EU. On the face of it, post Brexit, protection for EU trade marks will be lost in the UK and business will need to decide how best to address this potential difficulty.

The European Commission has published a position paper setting out, in principle, the EU’s position on how intellectual property rights should be dealt with on withdrawal of the UK. Trade mark owners should be able to take some comfort from the indication from the Commission that any agreement on the UK’s withdrawal should ensure that “the protection enjoyed in the United Kingdom on the basis of Union law... is not undermined by the withdrawal of the United Kingdom from the European Union”.

The position paper also states that the holder of any EU wide intellectual property right which has been granted before the withdrawal date should, after withdrawal, be recognised as the holder of an enforceable intellectual property right in relation to the United Kingdom, comparable to the right provided by EU law – if need be on the basis of specific domestic legislation to be introduced.

It is important to note that the current UK system for protecting designs (both registered and unregistered) will not be affected by Brexit.

However, when the UK leaves the EU, Registered Community Designs will cease to be valid in the UK and, like EU trade marks, will continue to cover the remaining EU states only.

UK individuals and businesses will still be able to register a Community Design but separate provision will need to be made for those who wish to ensure the protection of their designs in the UK.

National and International Patents and the application procedures will not be affected by Brexit.

Prior to Brexit, significant steps were taken to establish the Unitary Patent and the Unified Patent Court and is designed to streamline patent applications and litigation in Europe with a single application process and a single court to deal with patent litigation. Some member states (including the UK ) have yet to ratify the UPC Agreement but is anticipated the UK will ratify the Agreement in the near future and before Brexit. Once the requisite number of member states have ratified the Agreement, and the UPC system comes into effect, the Unitary Patent will apply to the signatory member states.

However, the Unitary Patent and Unified Patent Court will only extend to EU members and on the UK leaving the EU, the UK would cease to be a member of the UPC system. That said, it is possible that the overarching demands of business will pave the way for the UK to remain affiliated in some capacity with the system. The terms of any such deal remain to be seen.

While there is no need to register copyright in order to obtain protection and as such there is no corresponding registered right, UK copyright law is heavily derived from and influenced by EU legislation and European case law.

Much EU legislation has already been incorporated into domestic legislation and will not be affected by Brexit. The rights and obligations conferred by purely domestic legislation will also be unaffected. All other EU legislation affecting copyright will, on the face of it, cease to have effect. However, it seems unlikely that the body of established precedent which has shaped UK domestic law over recent years will, at the date of withdrawal from the EU, simply be ignored by UK courts.

As with virtually every aspect of Brexit, much will depend on the arrangements that are ultimately negotiated between the UK and the EU but both parties to that negotiation will undoubtedly face real pressure to ensure a basis for continued trade and reciprocal protection of IP rights.