Is Orange the New Black when it comes to the New System for Appeals in Scotland?

The overriding purpose of the Court Reform (Scotland) Act 2014 is stated as improving efficiency and effectiveness of the Court system. Lord Gill said; “These reforms will safeguard the integrity of Scots law by creating an efficient court structure. Every case will be heard by the appropriate court. The system will be accessible and cost effective for the litigant.”

The newly constituted Sheriff Appeal Court, which will sit in Edinburgh, is designed to remove a great deal of litigation from the local Courts, focusing appeals litigation in Edinburgh. The new Court will replace appeals to the Sheriff Principal in civil cases and will assume appellate criminal jurisdiction in summary criminal appeals. It is scheduled to start hearing appeals in civil cases from January 2016. 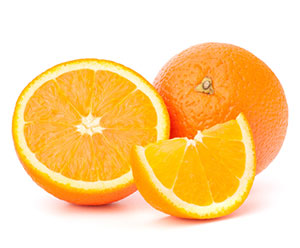 If a party applies directly to the Court of Session, a single Court of Session Judge will sift appeal proceedings and consider whether the appeal is arguable. One can anticipate that a good deal of cases will not survive ‘the sift’ process which emphasises the need for well-crafted Notes of Argument being lodged in support of the appeal.

The legal test is whether the appeal would raise an important point of principle or practice or whether there is some other compelling reason to hear the appeal. This looks like it will be a difficult test to meet.

Insurers will be familiar with appeals to Sheriff Principals producing, at times, conflicting decisions in different Sheriffdoms. Consistency and proportionality was a driver of Lord Gill’s review. Those aims may well be met given that judgments of the Appeal Court will be binding at a national level and will bind future benches of the Appeal Court unless a larger bench is convened to deal with an appeal.

It remains to be seen how the new system for civil appeals in Scotland will bed in and whether the aims of court reform will be met. Nevertheless, the aim of promoting consistency and quality of decision making is to be welcomed.