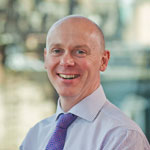 Discipline: Insurance (insurers and self insured)

Garry’s ability to achieve impressive results for his clients across the full spectrum of liability claims led to him being assumed as a partner in 2013. He now handles high value, catastrophic and complex personal injury claims for a wide range of insurer clients. Garry has over 17 years’ litigation experience, 15 years of which has involved working almost exclusively in the Defenders’ personal injury field.

“Considered and polished”, clients praise Garry for his “proactive approach” (Chambers UK).  His in-depth technical knowledge and pragmatic approach has resulted in him being viewed by a number of major clients as the “first port of call”, both for dealing with claims and providing ad hoc advice.

His caseload includes employers’ and public liability cases, occupational stress/harassment claims, fatal claims, as well as motor claims. He has also acted for insurance companies representing their interests and those of their policy holders at Fatal Accident Inquiries.

Garry is an active member of the Forum of Insurance Lawyers (FOIL), and was invited to be a member of the FOIL sub-groups set up to respond to the Scottish Government’s Consultation papers on both the Civil Law of Damages and the Courts Reform (Scotland) Bill. He is also a member of the Insurance Fraud Investigators Group.

Garry regularly provides and presents training to a number of major insurers and is also responsible for setting up and co-ordinating bespoke internal training programmes for claims handlers for a number of these insurers.

His recent notable cases include:

Liam Sheehan v Nevis Range Development: Garry successfully defended a case raised following a skiing accident in Scotland in terms of which the Pursuer criticised the design and layout of the Defenders’ ski resort. If successful, the Pursuer’s claim would have had implications for the skiing industry in Scotland as a whole.

Dale Griffiths v George Park: Garry took over the handling of this claim from other agents. Little progress towards resolution had been made, despite the accident having occurred in December 2005. Garry successfully resolved the claim within two months of being instructed.

“Again, this is an excellent result driven by you to settlement.”

“Garry - I don’t think it comes better than that! Excellent result.”

“Garry – this is an exceptional result – albeit merited by your diligence throughout”.